How the home game Pong started in a bar

Retroist recently ran a photo showing two boys sitting on a living room floor, staring at a large screen in front of them. The black and white screen showed a dotted vertical line separating the screen into two halves. Numbers (in this case “3” and “2”) appeared on each side of the screen, and if you looked very closely, you could see a short vertical line on each edge of the screen.

The two boys are staring at this boring black and white screen, acting like it was showing something riveting.

Actually, the screen WAS riveting.

If you haven’t looked at the picture – or even if you have – you might not realize that the television screen in the picture is showing the game of Pong. All revolutions have to start somewhere, and the move from traditional pinball games to video games was accelerated by Pong.

But before Pong became a home game, it was an arcade game. And the whole idea of bringing an arcade game into the home was a terrifying thought in the early 1970s. This article (which I’ve cited before) describes the seedy reputation of arcades, pre-Pong.

The invention of the flipper by Gottlieb in 1947 helped to launch pinball more firmly into the “game of skill” category, and manufacturers began to aggressively pursue a family-friendly image. Of course, that didn’t matter to much of the country where pinball was illegal, forcing machines into even seedier locations like porn shops and dive bars. New York City’s Greenwich Village neighborhood became a haven for backroom pinball machines. Like so many things which are illicit, though, the attraction of pinball only increased in the prohibition years following World War II, and, by the 1950s, the quickest route to proving your rebel status in America was to be seen within a few feet of a pinball machine.

But these smoky pinball machine havens were about to see a new type of video game. Video games themselves had been around in some form or another for a decade, but they weren’t the types of things that you’d bring into a bar.

Andy Capp’s Tavern in Sunnyvale, California, wasn’t the kind of place where fights would break out every night. But the hole, named for the surly British comic-strip slacker, was shadowy and dark. Cigarette smoke swirled so thick that it rivaled the fog that rolled in over the Santa Cruz Mountains. You might bring your girlfriend to Andy Capp’s, but not on a first date.

But three former Ampex employees, Nolan Bushnell, Allan Alcorn, and Ted Dabney chose this Sunnyvale bar to test their company Atari’s new game Pong. While the initial success of the game at the bar may have been exaggerated (did the bar patrons fill the game with too many quarters, or did Bushnell?), the game did become successful at bars throughout the country and eventually around the world. 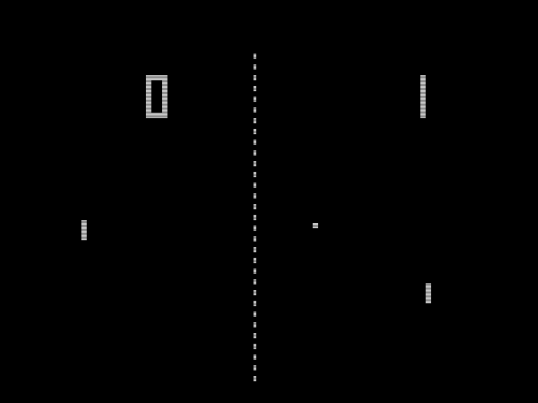 And why not? Compared to pinball machines of the day, Pong WAS revolutionary and mesmerizing. No moving parts on the play board, a deceptively simple – and addicting – game. As competitors improved on Atari’s game – and as Magnavox took Atari to court alleging the Pong infringed on an earlier Magnavox game – the entire industry worked at creating games better than Pong, ushering in a golden era for video games.

Much has happened since then – you can now play Pong on your iPhone, and Andy Capp’s Tavern is now a comedy club – but Pong has undeniably changed the entire gaming industry.